What Grantors Expect in Proposals (But Never Tell You)

Anyone who’s submitted a grant proposal before knows how difficult the process can be. The application can take weeks of researching, calculating, and writing. But even then there’s no guarantee that you’ll be rewarded for your efforts. There’s a lot to gain by taking the time to apply. You just need to know what to include in your proposal.

Since grantors don’t accept all proposals, the process can be highly competitive. Not only do you have to meet their guidelines, but if you want to obtain a popular grant, you have to go above and beyond. You need to show them that your nonprofit has more than the skills required to carry out their expectations. So before you draft your next proposal, here are a few things you should include in order to blow away their expectations.

Show Your Support Within the Nonprofit Community

One thing grantors often look for in a proposal is your relationship with other nonprofits. If you haven’t had much interaction, it doesn’t show a strong standing within the nonprofit community. That’s why it’s important to include any collaborations you’ve previously had. Collaborating with another organization can be difficult, but it shows strong leadership. It also shows that you are willing to put aside differences in order to achieve a common good in your community. Grantors almost never look past these traits so be sure to include them!

Maybe your plan is to drop several lines in the water until you get a bite. If you submit multiple proposals for various grants, you’re bound to catch on somewhere, right? Wrong. That might work for fishing, but it comes across as lazy to grantors. What often happens is the more proposals you submit, the sloppier your work becomes. You might miss an important step, or not do enough research, or overlook certain numbers. The best approach is to focus on one grant and take the time to connect with grantors by providing the information they want to see.

Tell the Stories of the People You Serve

Like a business selling a product, you need to prove to grantors why they should buy into your mission. Don’t try to persuade them on your mission statement alone. Instead, be forward. Give them a testimonial that’s uplifting. Statistics are boring, hearing what people have to say about the good that your nonprofit brings is empowering. Letting grantors know first-hand how you’ve changed someone’s life is direct evidence of your nonprofit making a positive impact.

Have a Succession Plan in Case of an Emergency

Only 27% of nonprofits have a succession plan, according to BoardSource. That means if the CEO or Executive Director departs, most organizations have absolutely no plan in place to move forward. For grantors, knowing that your nonprofit is prepared in the event of that happening shows that you’re ready not just for today, but for tomorrow as well. While it might not have anything to do with the program you want to fund, grantors don’t overlook this factor. To them, it means you’re prepared for the worst to happen.

Whether this is your first time writing a proposal or your fiftieth, we can all agree that rejection stinks. So before you face another rejection letter, don’t forget to take your time to fill out the proposal. And while you do that, be sure to show your support within the nonprofit community, show your organization’s impact, and have a succession plan. With all that included, success is sure to follow! 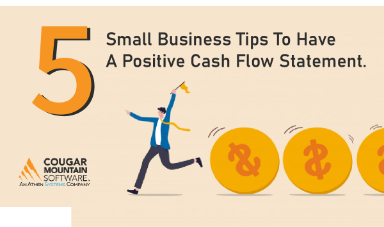